Continuous Integration & Continuous Delivery or CI/CD approach has become an essential part of modern software development processes. It accelerates builds and deployment as well as increases the quality of software solutions and products.

CI/CD process can be visualized as a pipeline with each stage serving as a quality gateway. CI/CD tools support regular automated builds for fast code verification, bug detection and integration checks. Continuous integration makes the process more predictable due to early and steady bug detection, fixing and inconsistencies between implemented code and business requirements. 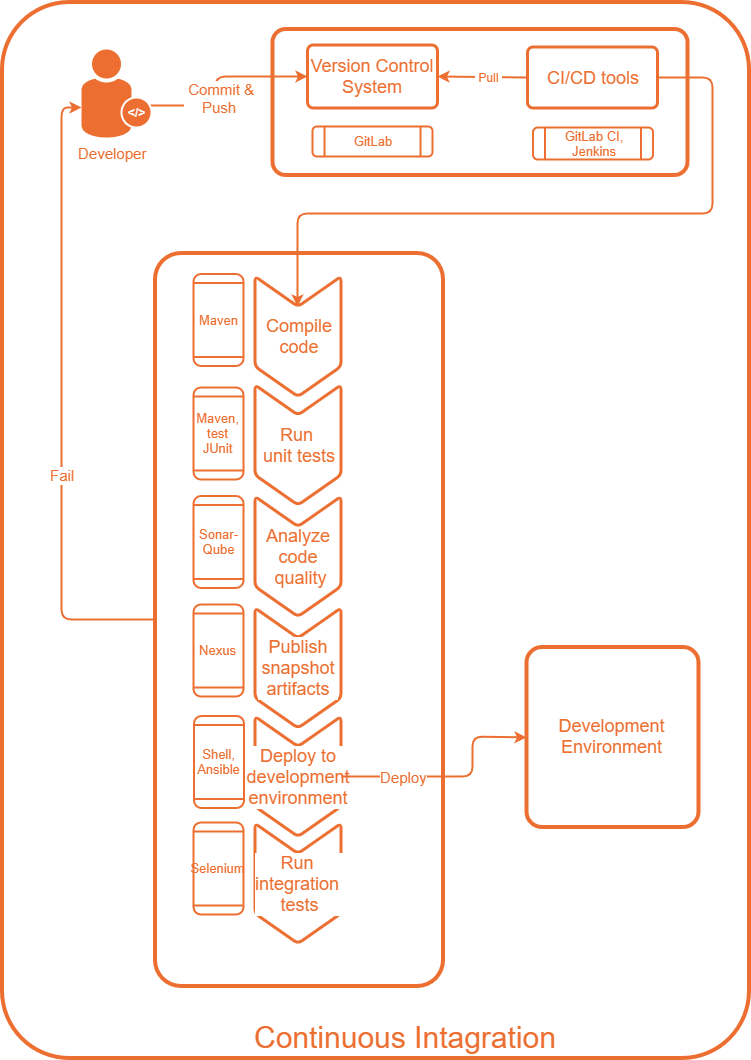 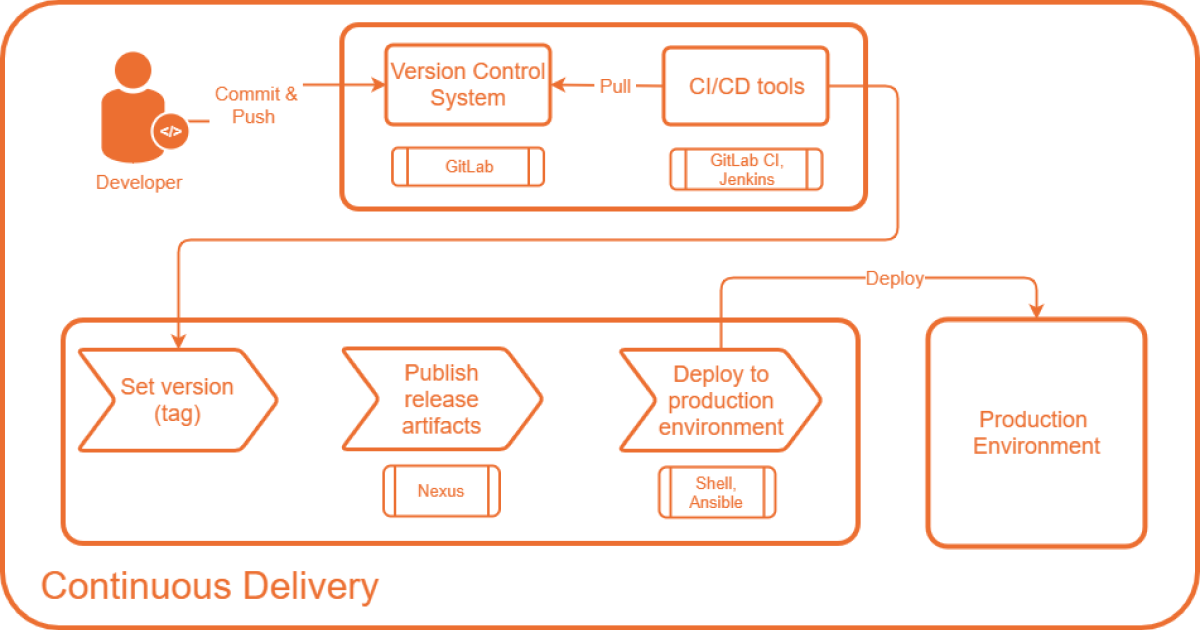 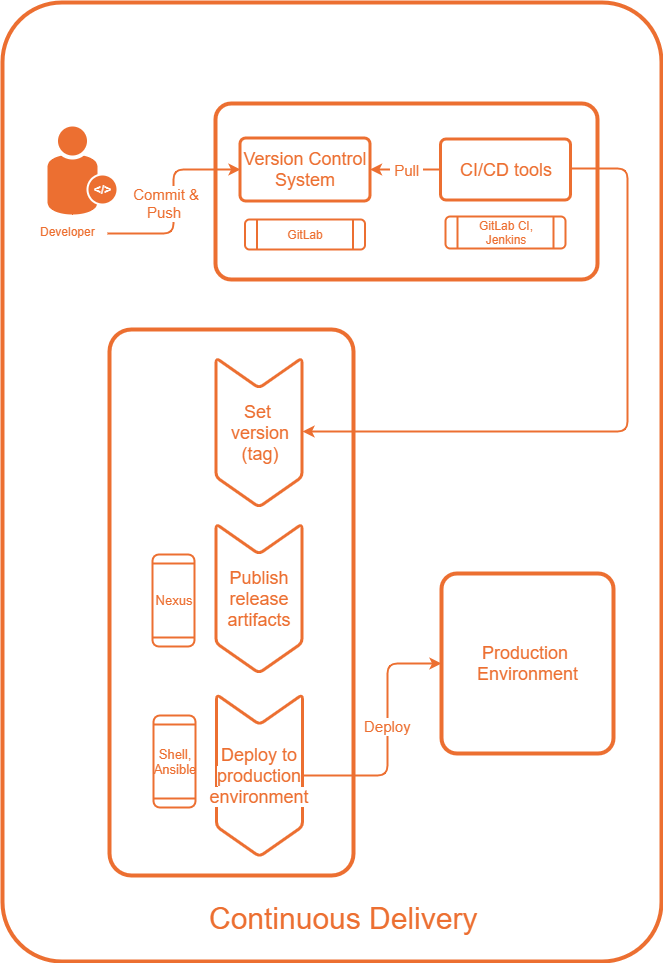 CI/CD supports uninterrupted quality assurance: tests are running on all stages. There are different kinds of tests running after each source code change with CI/CD tools and test frameworks:

For instance, when a developer makes a change in the central repository with a git push, CI server runs unit tests. If tests are not passed, build fails and a developer gets a notification. Nest stage includes a static code inspection with special tools like Sonar. If tests are passed, build is deployed to the integration test landscape for functional and load tests. Tests run in parallel. If all tests are green, release is deployed to the production landscape.

Unit test which decrease the risk of failure of application modules and services.

Usability testing and acceptance testing: decrease of the risk of the new functionality not meeting end user expectations.

Application deployment, data migration, scaling and increasing product availability. Automation of infrastructure deployment as a part of CI/CD and Infrastructure as Сode (IaC) allow to create new landscapes like DEV/QA/PROD with one button click. 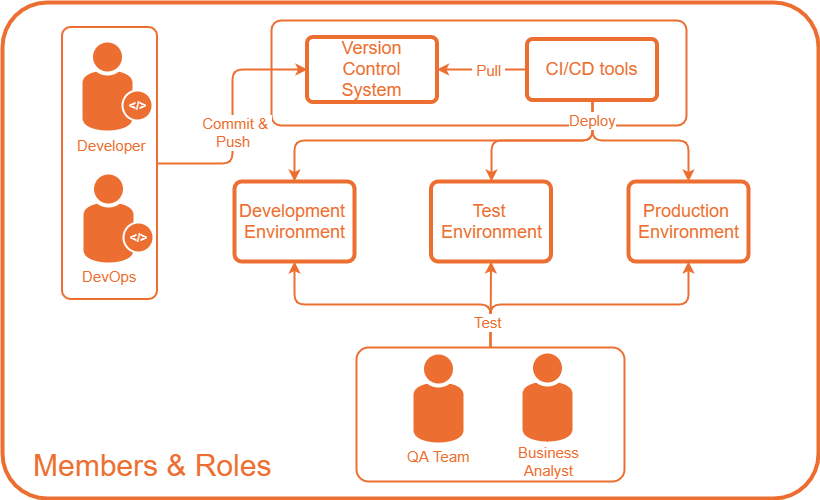 The most frequently used CI/CD tools
(* — tools illustrated below)